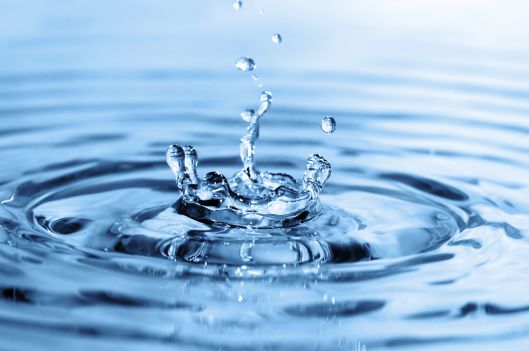 A scripture text from Baptism of the Lord Sunday still rings in my ears. To a people living in exile, the prophet Isaiah speaks of courage to believe that God is still up to something. “Do not fear,” comes the word of the Lord, “for I have redeemed you; I have called you by name, you are mine.”

We hear these words as we remember and renew our baptisms. We come to the baptismal font knowing that God is actively involved in redeeming our lives and this world. Fear loses its threatening grip in the shadow of such immense promises. If the Lord of Creation claims us and calls us to live in the freedom of such promises, who are we to let fear get in the way?

The Israelite exiles were on the edge of extinction when they heard the words, “Do not fear.” They were scattered and despairing of their future when the prophet reminded them of God’s covenant with them. They were “a tiny, miserable, and insignificant band of uprooted men and women,” according to Old Testament scholar Claus Westermann, when the prophet declared their new and different identity as a people supremely valued by God. “You are precious in my sight, and honored, and I love you,” God says to Israel in spite of their shortcomings.

The waters of baptism lead us to new life – a life surrendered to the God who knits us together in our mothers’ wombs, a life of belonging to the community of the redeemed, a life of learning at the feet of the Rabbi from Nazareth what it means to be fully human and how it feels to be whole. “When you pass through the waters,” the Lord says, “I will be with you.”

The Rev. Dr. Israel (Izzy) Alvaran, Western Jurisdiction Organizer for Reconciling Ministries Network, was our guest preacher this past November. His message was in essence his testimony. Here is a young man who felt called of God at an early age to become a pastor. However, he was also aware of the church’s ban on openly gay people being ordained. He had a dilemma – how to respond to the call of God knowing that the church would not welcome someone like him in leadership if his sexual orientation were made known.

Years later as he stepped into his first pulpit to preach, it was in the very church where he had been brought by his father to be baptized as an infant. It occurred to him in that moment that baptism is a means of grace in which God blesses us with the name “son” or “daughter,” in which God calls us “beloved.” The church and its clergy may administer the sacrament of baptism, but God is the One who calls us by name and claims us as God’s own! No one can take that holy identity from us. No one can remove the sign of God’s grace that rests upon us.

When Izzy came out to his parents recently he felt their unconditional acceptance. He reported, “I am overcome with grace to know they love me.” What the church will do with LGBT people who simply wish to serve God freely with their gifts remains an open question. However, the walls of fear are crumbling. Baptism does that. Embracing our identity as sons and daughters of God does that. Trusting in the God who sides with the oppressed and the marginalized does that.

We are to live as a people named and loved by God. The delight that God takes in you and me is akin to the delight I’ve seen in the eyes of grandparents as they interact with their grandchildren. For that reason, God’s voice through the prophet still rings in my ears, as God gathers together the whole human family at the water’s edge and says, “Everyone who is called by my name, whom I created for my glory, whom I formed and made,” come my beloved, receive grace, trust grace, be renewed in the waters of grace, preach grace, practice grace, live grace, breathe grace!